Our 2013 Athlete spotlight Carey Lowery is the 2013 USA Cycling cross-country mountain bike single-speed National Champion. Doesn’t she look great in her Stars and Stripes? Carey has been racing for 10+ years and is proof  you can continue to keep getting faster if you put the work in.

Carey had to work real hard and dig deep to earn her National Championship title. I couldn’t be more proud of her. 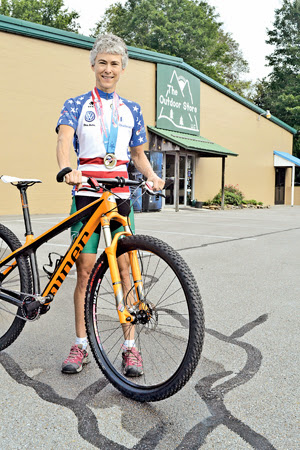 Carey’s National Championship title is a fraction of her standout 2013 season. She dominated  mountain bike racing in the Southeast region this year winning almost every event she entered. I asked Carey what it took to bring together everything that made this season outstanding.

LW Coaching:  How does this year compare to others? 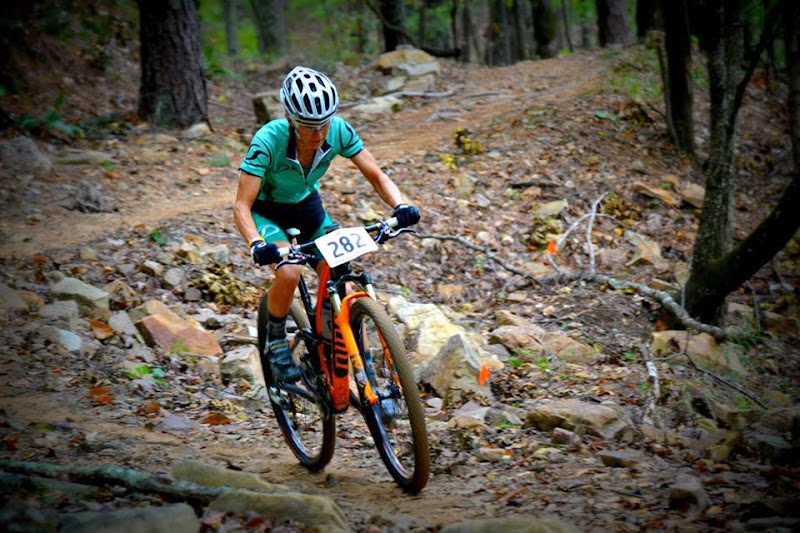 Carey:  2013 was the year that everything seemed to just “fall in place.”  The biggest factor in my successful run this year was getting my nutrition dialed.  After swearing off all restaurants, I did not have any “gluten” episodes.  Combining that with a modified Paleo diet, where I only added sugars during hard training days and races, I felt so much better and had “sparkly legs” for my A races.  The second most important factor was recovery.  Being 44 and having raced for 10+ years now, I definitely don’t recover like I used to.  Between working and family responsibilities, I have a hard time sitting down and throwing my legs up.  Something most people don’t know is that I am a HUGE Judge Judy fan.  She has come to my rescue during the week.  My family knows that from 7-8 pm on weekdays to not bother me, and my body and mind enjoys a brief respite. The training was the easy part of the winning formula.

LW Coaching: What was the highlight of this season?

LW Coaching:  What was your favorite event this year?

Carey:  Double Dare.  It was a 2 day mountain bike adventure race in the Pisgah National Forest.  It began at noon on Saturday.  Teams of two had 12 hours to grab up to 10 checkpoints.  There were no arrows to follow; you chose your own route.  Totally self supported, my team-mate and I had to rely on a map and strategic planning. If we came in after the cut off time, we would be DQ’d, so time management was of utmost importance.  There were also “special tests” where we could earn additional CP’s.  At midnight there was a special test.  Then off to bed to grab a few hours of fitful sleep before it began all over again at 6 am with 10 new checkpoints in 12 hours.  I loved the mental as well as the physical aspect.  The trails in Pisgah are the most technical I have ever ridden.  We managed to get 17 CP’s while riding 130 miles and climbing 18,000 feet.

LW Coaching:  What event would you recommend as a must-do for others?

Carey:  5 Points 50.  This year was its inaugural running.  It was a 50 mile, one big loop, race that had everything from fast, flowy trail to gnarly, rocky, primitive trail, interconnected with bits of pavement and ATV trail.  Equal payouts for women combined with excellent schwag and a good post race meal, including beer, made this a kick ass race.

LW Coaching:  Any words of wisdom to share with other athletes?

Carey:  Life is not a spectator sport, so get your arse off the couch!

Carey: I want to thank my sponsors, for without them, it would have been a harder road to hoe.  The Outdoor Store, Super Sport Athletic Wear, Pro Gold, Chamois Butt’r, Endless Bike Company, Cysco Cycles, Cane Creek and Industry 9. 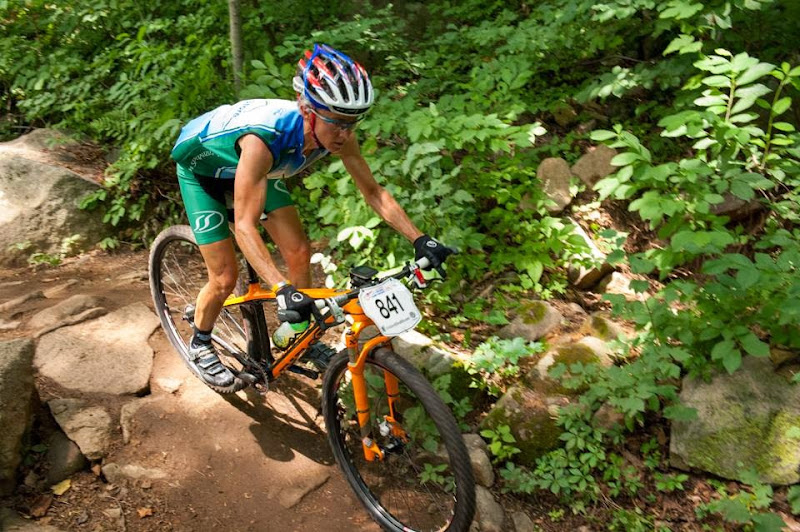